Last week (August 16-22) we spent with my parents and also my sister, brother-in-law and their kids. For a few days we stayed at Trail Creek Ranch which is in the middle of NOWHERE, but so GREAT!! My mom had found it on Vacation Rental By Owner. On our way out to the ranch Lance and I were both thinking….did we miss the turn?? Could it really be 45 minutes down this dirt road?? But, boy, was it a nice place to escape to. The house was old (built around 1900), was right next to a river and had acres and acres of beautiful fields and rocky hills around it. It backed up to state land so there really was NOTHING around! The owner told us that we could explore wherever we wanted to.   On Wednesday most everyone went white water rafting and had a great time. I stayed home with Ben, Rose and my niece, Natalie. We enjoyed our quiet day at home, catching up on laundry and checking out the land around the house. We found an old truck and tractor that Ben had fun climbing on and Natalie and I kept our eye out for bears which the owner had told us come down to the river by the house quite a bit to eat the berries. We never did see any bears, but it could be because of our wildlife repellant (ten loud and energetic children running around)!!! 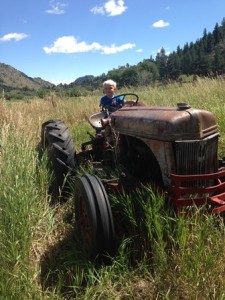 There were some buildings near the house that were pretty cool too. One was in the process of being carefully taken apart to be moved about 6 miles away because of it’s historical significance. It was an old barn(built around 1900) and was used by Buffalo Bill Cody to house elephants that were part of his traveling wild west show. We were also pretty lucky to have Greg (the man taking apart the barn)there because he rescued Rose for me. She had taken a nap in one of the upstairs bedrooms, but when I went to get her up the door was stuck shut. I tried and tried to get that thing open all while she was screaming inside. Since everyone else was gone on the rafting trip I was getting a little anxious. I went out and asked him for help and after slamming into the door a few times with all his strength he got it open. We brought him a “thank you” gift in the form of fudge oatmeal bars the next day! 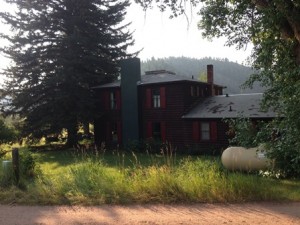 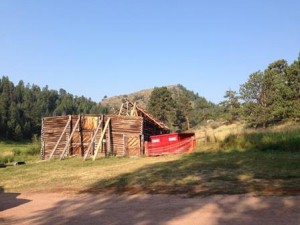 The barn building used by Buffalo Bill Cody for his elephants 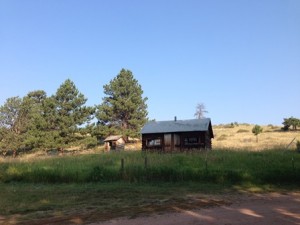 A couple of outbuildings

On Thursday some of the group also went on a train ride through the Rocky Mountains and went on a mine tour. The miner who led the tour was a whethered retired miner. He gave Abby and Sam each a rock that had a layer of gold running through it at the end of the tour which made their day. 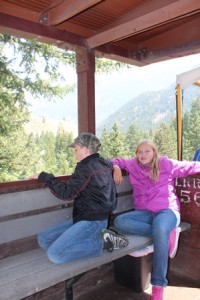 Abby and Jon riding the train 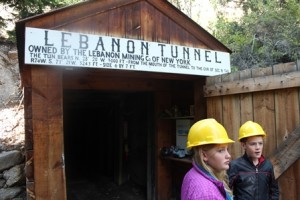 Abby and Jon at the mine

Once again, the kids had a great week with cousins fishing, writing stories, hiking and playing games. 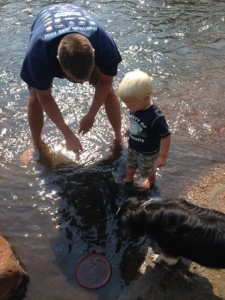 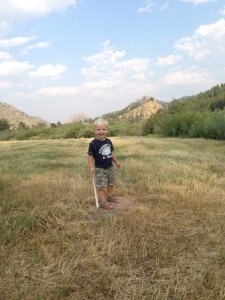 Ben in the field in front of the house.  The sun rose right over those mountains….and we usually got to see it because Rose was quite the early bird!! 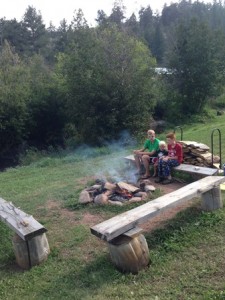 Campfire time and cousin time for Joe, Ben and Ethan 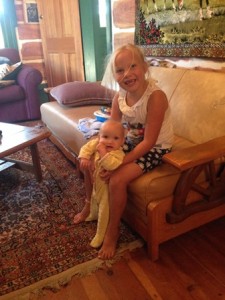 Elise and Rosemary in the house 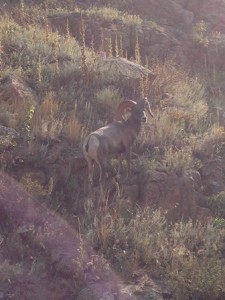 The morning that we left the ranch we saw this big horned sheep next to the road.

Friday we headed back into town to stay a couple of nights at a hotel in preparation for the event of the week…my brother’s wedding!  We also got to meet, for the very first time, my new niece, Olivia.  She was born only three weeks after Rosemary so hopefully they will grow up to be good buddies despite the distance apart.  Saturday (the 22nd) was the big day. Ben and Kelsey had a very nice ceremony at a the beautiful Tapestry House near Fort Collins. Afterwards we had a great time at the reception….eating a delicious dinner, visiting with people and dancing. We also had to say goodbye to my sister and her family that night, they left to drive through the night back to Michigan. We will probably not be seeing them for quite a few months so it was a hard goodbye. 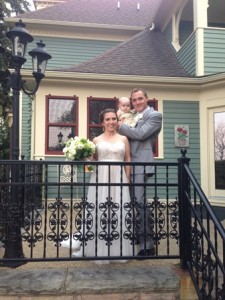 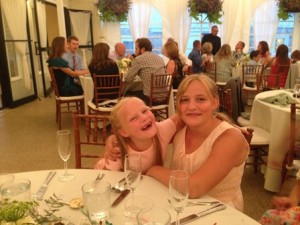 Sisters all dressed up and having fun celebrating 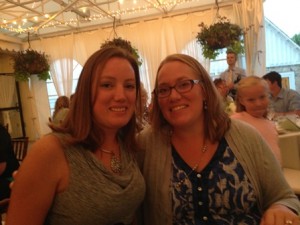 Sisters…enjoying our last evening together of the week.  That was a hard good bye.

The next morning we went out for breakfast with my parents. We parted ways with them then, but at least it’s only for a couple of weeks!

Well, now we are driving through South Dakota so the next post will probably be about that!!