Our second week in Colorado (August 9-15) Lance needed to be back in Kansas City for work, but the kids and I stayed at a Jellystone Park near Larkspur since we would need to be back in Colorado for the following week anyway. A HUGE blessing to me was that my parents were able to come to Colorado a week early and camp next to us for that week. It was so great to spend time with them and also to have a couple more adults to wrangle all of the kids! The kids made friends with the kids that lived at the campground so they were busy playing GaGa Ball and basketball every chance they got 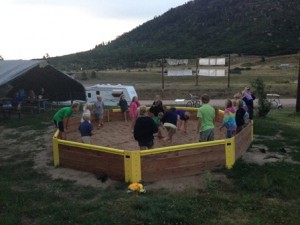 On Wednesday we went to the Manitou Cliff Dwellings which are Native American homes built into the red rock cliffs dating back to 1100-1300 AD. It was very interesting to read the history as we went through and the kids loved that you could just explore and play in so many of the buildings. http://www.cliffdwellingsmuseum.com/  Wednesday was also Lance’s birthday! We missed spending his special day with him, but got ice cream in his honor!! 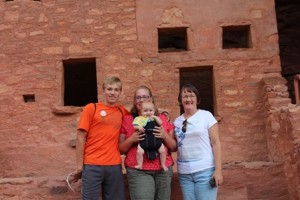 Joe, Rosemary and me with my mom 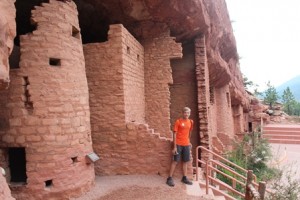 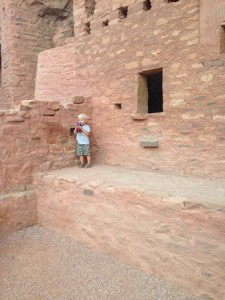 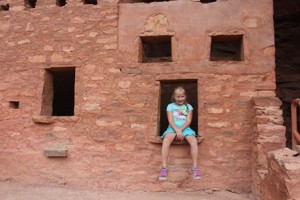 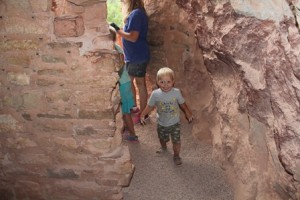 This boy was quite a little dirt ball when we were done there!

Lance was back in CO on Friday and we all went on the Cog Train up Pike’s Peak. It was a pretty ride and we saw lots of deer (with crazy big antlers) and lots of Marmets.  I think if we were to do it again, I would leave the littlest two with a babysitter.  I thought that Ben would love the train, but after 10 minutes he was ready for what’s next and we still had an hour and twenty minutes until the top!  The top of the mountain was a bit disappointing because the clouds blocked any view of the valley below, but we still enjoyed our fresh hot donuts and picking out postcards!  http://cograilway.com/ 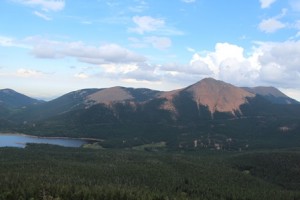 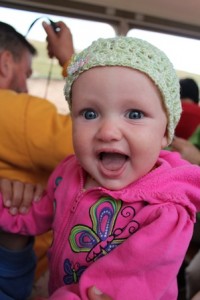 It was cold up at the top!  Rose got to wear a hat that my Grandma Wolters had made for Elise when she was a baby. 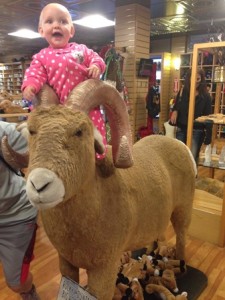 Rose riding the big horned sheep in the gift shop 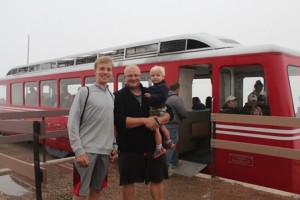 Joe, Lance and Ben with the cog train behind them.  You can also see how cloudy it was at the top! 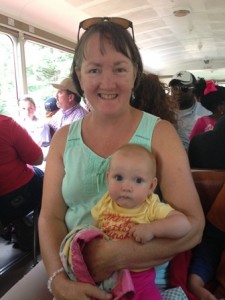 Rose and her Grandma Haveman 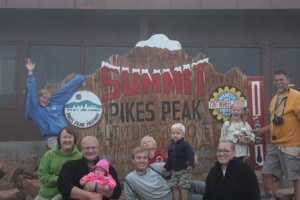 At the top of Pike’s Peak

Friday also happened to be my parent’s 40th wedding anniversary so after the train ride we went home and they went out for a quiet dinner together. I am so thankful for their example of commitment to God and each other over the years. 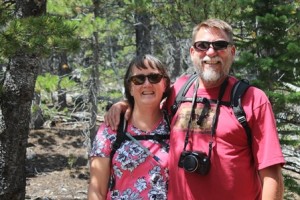 That weekend we all (my parents and us) headed to Boyd Lake State Park, north of Denver a little bit. We stayed there for Sunday and Monday night. It was a nice park where Sam could go fishing, there were hiking paths all around, a basketball court for Joe and a sand box and swing set right next to our sights. Ben made some friends and had fun sharing his beach toys with them in the sand box. He also found out what happens when you poke a busy ant hill over and over that’s filled with short-tempered red ants. Poor little guy, had them crawling inside his shirt and shorts in no time and had quite a few bites, but he recovered pretty quickly! 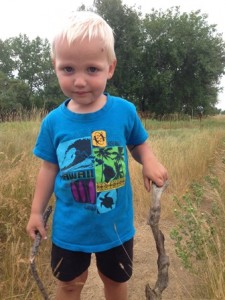 Ben hiking.  He loves to pick up sticks to use as canes and guns. 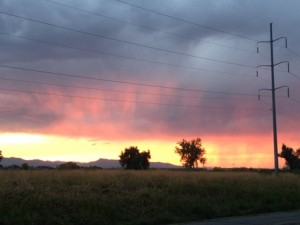 The beautiful sunset we saw from our campsite one evening

We took a day trip to go hiking again in Rocky Mountain park and hiked to the Eugenia mine.  It was a sunny day when we left on the 2.8 mile round trip hike, but when we reached the mine it started to thunder, lightning and then rain.  We would have loved to explore a little more, but headed back to the car.  The storm was over before we were halfway back so we still got to enjoy our picnic lunch in the park.                       http://www.rockymountainhikingtrails.com/eugenia-mine.htm 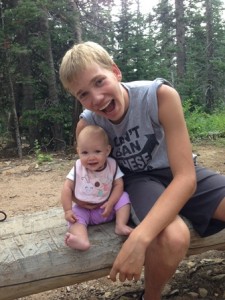 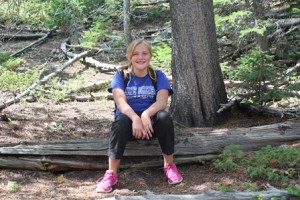 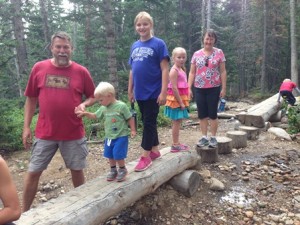 This is near the mine before it started raining.  There was an ice cold little stream and you used the logs to get over it.

That marks the end of the second week in Colorado….stay tuned for the third week!!